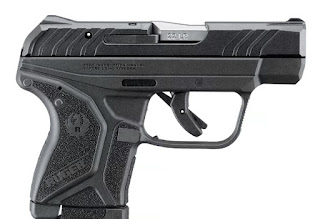 Both the spousal unit and I grew up around guns. We were both taught proper respect and handling at an early age. The men in my family were predominately military and hunters, the men in his family military with only a few hunters. We recognize guns, or any weapon, are tools to be used properly.

We've been hearing for years - most of our lives if the truth be told - that it needs to be more difficult to buy a legal firearm. For whom exactly? What fucking idiot believes a criminal will try to legally purchase a firearm?

Second amendment rights? YOU BET. The second amendment is about the right to overthrow the government if it seizes too much power away from the people. The part that says the people have the right to bear arms to use to do this is the problem politicians have with it. Think long and hard about that.

Disarm the populace and politicians don't need to fear the populace. Think long and hard about that.

But this isn't about skanky politicians beyond the fact that they're desperately trying to make it more difficult for a law-abiding citizen to have a gun.

I'm getting a license to purchase a handgun.

I plan to purchase more than one and stockpile some ammo.

I would prefer the spousal unit to get the license, but he's disabled. Getting him to be digitally fingerprinted, to a safety class, to the firing range, etc., isn't possible. Handicapped accessibility my ass. Where would that be? And so it falls on me.

We live in the woods. Last summer a raccoon strolled onto the patio in broad daylight. Himself was trapped, unable to flee the beast or to defend himself. I was at work and called the Sherriff's department to help him. What a fucking joke. No help came. I got home as quickly as I could and got him to safety.

THIS CAN NOT BE ALLOWED TO HAPPEN AGAIN.

Raccoons out in the daylight are generally rabid. This can't happen again. He will have a handgun in his saddlebag for his own protection.

I have to assume all you folks who want handguns melted down would rather see him die a horrible, agonizing death from rabies than protect himself. I don't think much of you and your ilk.

I'm not a criminal. I don't have a criminal record. A criminal has to do nothing but pay someone for a gun.

As a law-abiding citizen, I must endure a protracted and expensive process to obtain a weapon for my family's protection.

The reason for that? The money it generates for the government.