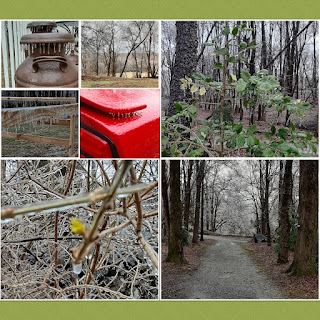 It was drizzling when I went to bed last Thursday night (February 24), so it was no surprise as daylight rolled around to find my little manor encased in ice.
My first thought was something along the lines of, "oh fuck I have to go to the office and I can't get out of it today."
Yes, I do sometimes use THAT word. Get over it.
As daylight crept over the mountain, the world took on a different appearance. The trees began to shine and the woods came to life with new creaks and groans, and the occasional 'thump' as a limb gave way under the extra weight of the ice.

I had to go to my day job office, but I didn't need to hurry. I decided I would enjoy the morning.

Deuce was ready for his morning stroll, so I bundled up and out we went. We didn't go far - he's very good at making short work of his outside activities when it's wet outside. So what if Labs are water dogs? Deuce knows the difference between wet feet from the creek and the cold, wet ground.

We made a circuit around the yard and I took a few pictures to share. Not too many because I don't like the cold, wet ground under my feet, either.

A short while later the sun began to burn through the clouds and everything turned to crystal for a few short heartbeats. Just as rapidly the mist began to rise and it sounded like rain as the ice melted from the trees.

Such ice storms are infrequent here at the manor. We just don't get the freezing rain that coats the trees very often. I feel blessed to have been witness to the rare display of beauty, and relieved it left so little damage in its wake.

Country living brings an ever-changing vista to my door. I wouldn't want to be anywhere else.

A short video I took as the melting began can be found at: https://www.youtube.com/watch?v=AQoWa8wfowU

Posted by KC Kendricks at 3:15 PM No comments: 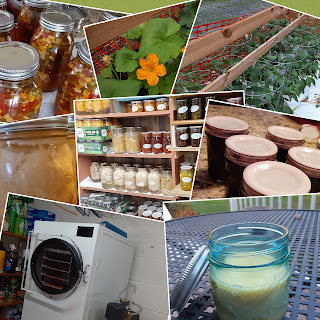 For most of us, the world took an odd turn in the year 2020. One day we’re going about our day-to-day lives and the next we’re behind closed doors wearing a surgical mask. Was anyone prepared for that change?

Most of us probably were not prepared, or at least not as prepared as we wished we were. I remember my first trip to the local grocery after the state I live in went on lockdown. The empty shelves were sobering proof we had more than a medical crisis. The stories told to me by my grandparents of living through the Great Depression echoed in my memory.

I got real serious real fast about preparedness. As the pandemic drags on, as the political climate becomes unstable, as the economy declines, it's more and more obvious just how our daily lives are at risk.

This series is simply to share what I've done and what I will continue to do to maintain a level of food and resource security. It won't be enough to survive a total collapse, but I believe I can lessen the day-to-day impact of what is coming over the next few years.

To read more about my journey, please click to go to What is Preparedness?

And no. It's not clickbait. This blog is not monetized.

The topics in the series are:

Why concern yourself over being prepared?

Preparedness is not Doomsday prepping

How much does an adequate pantry hold?

Home food preservation - is it safe?

More about jars and lids

Yes, you can afford to build a pantry

The get home go bag

Do I need a dehydrator or even a freeze dryer?

I hope that sharing my journey to being better prepared will help you in yours.

Posted by KC Kendricks at 2:49 PM No comments: 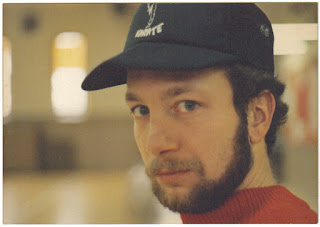 An old love of mine died last week. The news came as quite a shock, especially as he was five years younger than me. It's been years since we saw each other, but we greeted each other in that chance meeting with affection and parted with a friendly hug. Never in that moment would I have believed that I'd never see him again in this life. Never would I have thought to see two of my old loves die, but now it has happened, the first back in 2009.

Kevin came to me through my late cousin Phil. My first marriage had recently - formally - ended and Phil knew Kevin through a friend of his. He called me and had me come to his house to meet "a guy you'll like," and Kevin was there helping him paint the outside window frames.

My cousin was correct. I did like him. The next Monday night, Kevin showed up at the bowling alley "to see Phil" and we spent two hours chatting away. That led to a proper date which led to us becoming a couple. And while we eventually went out separate ways, there was no acrimony between us. We simply needed different things.

But, oh, did we have fun together! He didn't bowl but he did practice Tae Kwon Do. The guy had a mean spinning back kick and the trophies to prove it. He had worked his way up to a second-degree black belt before we parted and, to my surprise, during our chance meeting he told me he'd given it up.

He lived along the Potomac River and we walked the C&O Canal towpath, fished, camped, and floated on inner tubes. He was a big movie buff and we probably went to the movies three out of four Saturday nights.

Even though Kevin hasn't been a part of my daily life for over thirty years, it tugs at my heart to know his light is gone from this realm. He was one of the good guys.

Posted by KC Kendricks at 7:32 PM No comments:

Apparently, it's difficult to let go

I learned a new phrase: contract knowledge. It wasn't what I thought, that being someone who has knowledge of contracts. As it was suggested to me, it's someone who retires but agrees her replacement can continue to call her for assistance at an agreed-upon rate.

Let's just say that blind-sided me. What part of RETIRED do you folks not understand?

This notion that they will be able to call me for help is for THEIR convenience, not mine. I've already put it out that I do not carry my cellphone with me everywhere I go here at The Hideaway. If I'm outside, it's not in a pocket where it could get damaged. If I agree to their proposal, it has to be at MY convenience.

I think a clean break is best, but perhaps I should give them until the end of this calendar year. It has been a good job with an excellent pension. What I won't do is sign paper on the deal. If they won't trust me, there is no deal.

It feels good to be the one in the "position of power."

Posted by KC Kendricks at 1:43 PM No comments: