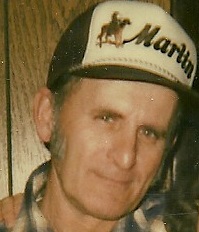 That's the day my father died of lung cancer.

I think I was too young to fully understand the loss. Yes, I felt overwhelming grief and everything else you would expect. But almost forty years on I know the true depth of the loss of the man who was my father.

I was twenty-six when Dad died. We'd just really begun to have an adult relationship. I was always going to be his daughter, but we were discovering how to be grownups together. We could sit and talk about grownup topics openly, and ask opinions of each other. And we could sit at the picnic table that he built and I still have in my backyard, sip iced tea, and not talk at all.

My father was very well respected in the family. A quiet man, I remember times of family gatherings when the "discussion" turned spirited and someone would say, "what do you think, Gene?" My father would speak, and that was the end of the discussion of that topic. It's just the way it was.

My grandfather stood at Dad's coffin and cried. Dad had become another son to Pop. Pop understood the loss of someone dying at the age of fifty-four better than I did at that time.

I can't believe Dad has been gone for almost forty years. It seems the blink of an eye. I feel cheated, twice over, that I only had him so few years. You see, my mother was widowed for ten years and then she remarried. After that, she told me point blank we couldn't discuss Dad any longer because she didn't want to hurt the new husband's feelings.

What? I didn't have any feelings? I most certainly did at that point and none of them were kind.

Life has marched on, but I still miss my father every day. The years stretch behind me, a gulf I can't breach, and it hurts. It always hurts.