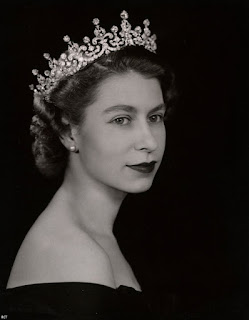 There was little doubt that Queen Elizabeth II's reign would end during my lifetime. I may not be of British ancestry, but I admired her and I'm saddened by her passing. Like countless others, she's the only Queen I've "known" in my life. Unlike those who live in the United Kingdom, the passing of the monarchy to King Charles III isn't something that will affect my life. That's one of the perks of observing from afar.

I admired Queen Elizabeth greatly. She was above all else a lady who knew how to hold her head up through thick and thin. She had the highest title a woman can hold, but I would hate to live in the fishbowl as she did. People have asked me if I aspire to have my writing career achieve a level equal to Nora Roberts and the answer is no. I do not want strangers watching my every move when I walk down the street in our shared hometown. Her Majesty lived her entire life under the watchful, and sometimes critical, gaze of strangers. I would also hate to have my every day planned out for me. I suppose my sense of duty is not that developed.

Yes, I'm saddened that Queen Elizabeth II is gone. She was a great lady. We truly have reached the end of an era, the kind of which we won't see again.