Drop back two and punt? 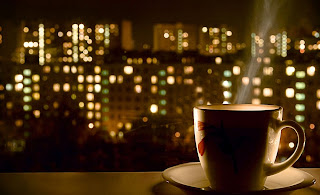 Life at the manor has taken a few twists and turns over the years. Sometimes we've been reacting more than proacting. When a loved one has health issues, you're often at the mercy of disease progression or disease treatment and that's simply the way it is. Other times, you can lay out a good plan and see it through to fruition. Sometimes your plans are thwarted by forces beyond your control.

And sometimes, and this is the hard one, you come to realize that what you planned, what was your dream, is no longer feasible. You realize there isn't time to invest into working the plan or you come to the crossroads of where you've been versus the fact you've gone as far as you think you can with it. So it is with me and my writing career.

Becoming a writer was a fluke. I was bored one day and I sat down in front of an old HP desktop that had a whopping big 256MB hard drive and a One Note program, and I started to tell a story. The damn thing snowballed on me and here I am, decades later, with a publishing history, blogs, social media, and book sales. Unreal.

It became my plan to retire so I could write full-time. I lived for the moment! Now that I'm in the transition into total retirement, I'm wondering if that's what I really want to do. With so much that I love to do - walking, gardening, canning, quilting - do I want to sit at the computer for several hours a day?

The publishing industry is one of constant change. Established writers get pushed back by new voices fueling different markets. Amazon only rewards megastars. Many, many, many good, solid writers get lost in the algorithms because that's the way Amazon makes more money. My own work is buried by the algorithms at Amazon. My sales are predominately at iTunes, Barnes and Noble, Kobo, and a few other subscription services overseas.

Even Facebook has begun to punish promotion. I belong to a lot of Facebook groups, and as I started to promo the release of July Heat, my posts went "into review" because I included buy links.

Should I spend the time, months in fact, creating a good story only to have nothing become of it? Or should I spend my time, daily, enjoying Holly Tree Manor? As I transition into retirement, would my time be better spent rebuilding old friendships now that we all have more time to spend together without the constraints of jobs?

I can't see my way to striking a workable balance. Maybe it will be clearer when I'm not "employed" even on a part-time, work-from-home basis. And maybe I'll have to drop back two and punt my way into something I've yet to imagine.

Some days I'm just along for the ride, not steering the boat.